The 2021 PFFPNC Convention continued on day two with a presentation from IAFF General Secretary/Treasurer Frank Lima. The day also included an update from District 12 VP Walt Dix and a labor presentation from South Florida’s John O’Brien.

Lima talked about his first tenure as GST. He promises checks and balances, transparency and accountability. He showed members a break down of where each penny of their $15.68 or $7.84 (retirees) dues go towards. 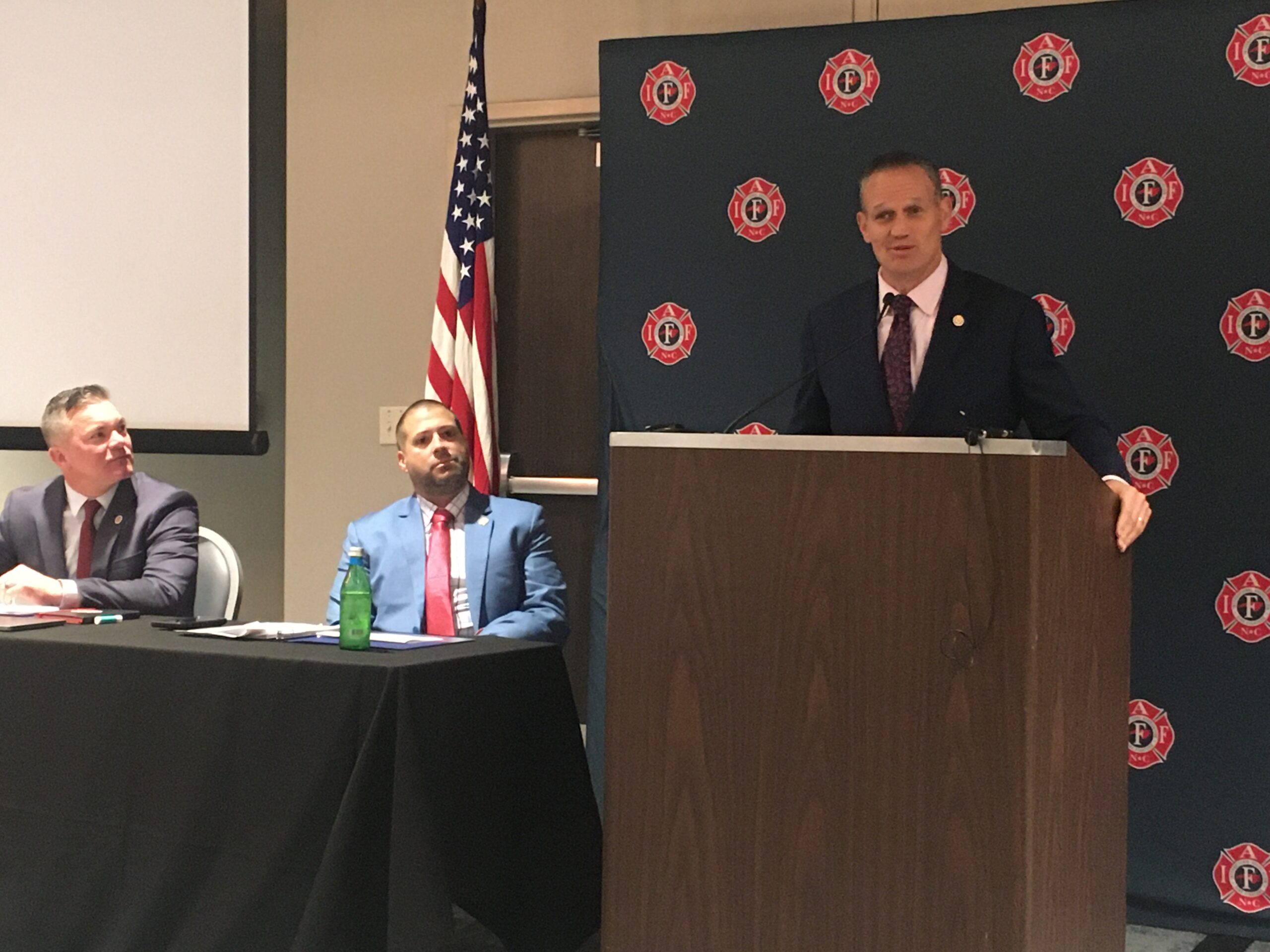 He also thanked North Carolina fire fighters for their continued hard work, especially during the difficulty of the COVID pandemic.

“We are all in this together. We accomplish more when we unite.”

Lima was followed by Walt Dix, who gave us an update on the district as well as future events, such as ALTS coming back to in-person in January. Dix also talked about the growth of the district and North Carolina.

The 12th District has more than 38,000 members and is the third largest district within the IAFF. Within NC, we have grown to 39 locals and more than 3,400 members, with 700 of those joining just within the last several years.

South Florida Council of Fire Fighters President John O’Brien gave an enjoyable history of the labor movement. It was a good reminder that, “Everything was earned,” and we should continue the labor fight of those that came before us.

O’Brien also encouraged members to think outside of the box when it comes to organizing and growing membership, raising PAC funds and raising public awareness of the work our members do not just as fire fighters but labor members.

The afternoon concluded with a presentation from PFFPNC’s Josh Smith and Brian Lewis of New Frame on political updates. They went over some of our legislative goals including:

The success in the House and now the Senate on passing presumptive cancer shows not only growth of our presence in Raleigh but the success we are having as working on both sides of the aisle.

“We are now seen as a bipartisan organization, and we have a working relationship with those who support fire fighter issues, regardless of red or blue,” Lewis said.

The two also stressed the importance of supporting our PAC fund and promised that every dollar given is only to politicians who help us. Donate to our PAC now.

Scott Mullins finished the afternoon stressing the nuts and bolts of the presumptive cancer bill for all active North Carolina fire fighters including the fact that all cancers are covered and fire fighters will get a $25,000 lump sum for up to two cancer diagnosis. It also includes disability if you miss work because of your cancer.

Unfortunately, it’s not reactive but this is a great benefit for the future. PFFPNC Leaders and the team at New Frame have worked tirelessly to get this bill passed. It’s a victory will we celebrate for a long time, as Brian Lewis said.