The House and Senate released a compromise budget on Tuesday and included in the $24 billion spending plan is the funding of oral cavity cancer and cancer of the pharynx as a line of duty death benefit. 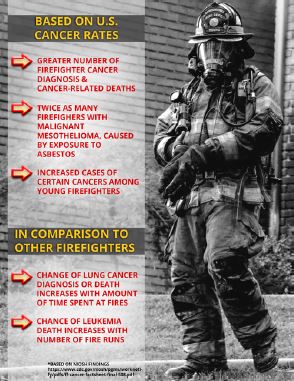 The House and Senate passed the budget with bipartisan support on Thursday in a final vote in each chamber. Governor Roy Cooper announced Friday morning in a press conference he is vetoing the budget, which means the General Assembly will either have to attract enough Democrats to overturn the first-term governor’s veto or the General Assembly will need to negotiate with the governor on his objections. (Gov. Cooper wants to expand Medicaid.)

Adding oral cavity and pharynx cancer brings the number of cancers funded to six, including mesothelioma, testicular, cancer of the small intestine and esophageal.

“PFFPNC is very proud to see these line-items in the budget,” said PFFPNC Political Director Josh Smith. “We started working on including cancer as a line of duty death benefit in 2016, and it’s humbling to see the General Assembly working down the list of cancers killing our brothers and sisters.”

The four cancers not yet funded by the line of duty benefit are rectal cancer, brain cancer, Non-Hodkin’s lymphoma and multiple myeloma.

PFFPNC will continue to monitor the budget and will report on Governor Cooper’s actions on the PFFPNC Facebook and Twitter pages, as well as in the weekly e-newsletter.